The Use of Glutathione, Master Antioxidant in Clinical Settings 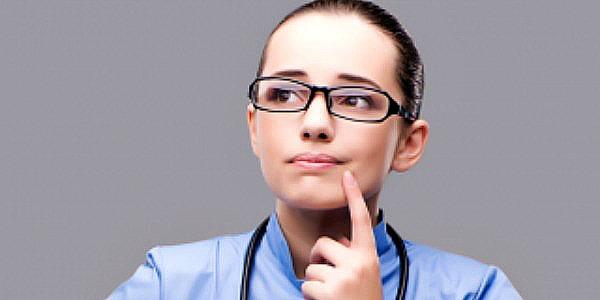 Even if you are not doing a deep dive into detoxification protocols, there is a vast array of clinical settings in which glutathione may impact health conditions

No matter what clinical setting your medical or nutrition-focused practice is in, the antioxidant glutathione has undoubtedly been a topic of discussion. Collectively, we understand that glutathione is the body’s main antioxidant and therefore the master detoxifier.[i] However, a simple statement of such, albeit grandiose, fails to capture the vast array of health conditions that glutathione may impact. Clinically, glutathione has importance in settings ranging from mental health to viral infections to heavy metal detoxification. It is worthy of a moment or two to highlight the research and clinical studies surrounding glutathione, and how the body’s glutathione status may impact various health conditions.

Increased oxidative stress and mitochondrial dysfunction may contribute to the development and clinical manifestation of autism.[v],[vi] Children on the autistic spectrum have been shown to have lower levels of glutathione, which may be caused by metabolic abnormalities and nutritional deficiencies, but also may further contribute to them.[vii] In addition to this, significantly lower levels of phospholipids have been reported in children with autism.[viii] Supplemental NAC and glutathione have been studied specifically in the setting of ASD, and have been shown to increase glutathione levels.[ix],[x] Utilization of glutathione in a liposomal format also provides the essential phospholipids which may be deficient and are necessary for mitochondrial and cellular repair.

Increased oxidative stress may contribute to attention deficit and mood disorders via numerous mechanisms.[xi],[xii] Therapies directed at supporting antioxidant levels such as NAC, vitamin C, and a pine back extract known as pycogenol have been studied in conditions of anxiety, depression, and/or attention deficit hyperactivity disorder (ADHD). [xiii],[xiv],[xv],[xvi] With therapies such as these, improvements have been seen clinically, possibly associated with their impact on glutathione levels.[xvii] Of course, this has thus become a topic of interest for those involved in development of pharmaceutical therapies, however substantial evidence exists for one to consider utilizing these nutritional substances, as well as glutathione, which already are readily available.

In settings of autoimmune disease, there is an increased level of oxidative stress associated with immune activation and related inflammation. With this, glutathione levels become depleted.[xviii] Glutathione is integral to the proper function of our immune system, especially for resistance to viruses.[xix],[xx] Experimentally, a Th2 dominant (allergic state) is created with depletion of intracellular glutathione, and introduction of glutathione restores immune balance.[xxi] Given these relationships it is easy to see how supplemental glutathione may be supportive for balancing immune function, in addition to restoring levels which often are deficient in autoimmunity.

Glutathione is necessary for cellular detoxification. The process of Phase II detoxification involves the binding of toxins with substances such as glutathione to create larger, inactive, water soluble molecules.[xxii] Toxins such as mercury are linked to glutathione, transported out of the cell, into the bile, and out of the body via stool. Glutathione is thus necessary to both protect the cell’s delicate chemical machinery and to transport toxins out. Because glutathione is utilized for the removal and elimination of mercury and other toxins from the cell, it also can become depleted in settings of toxicity.[xxiii]

Dr. Decker is a certified Naturopathic Doctor, graduating with honors from the National College of Natural Medicine (now the National University of Natural Medicine) in Portland, Oregon. Dr. Decker also has graduate degrees in biomedical and mechanical engineering from the University of Wisconsin-Madison and University of Illinois at Urbana-Champaign respectfully. Dr. Decker sees patients at her office in Portland, OR, as well as remotely, with a focus on gastrointestinal disease, mood imbalances, eating disorders, autoimmune disease, chronic fatigue, and skin conditions. Dr. Decker also supports integrative medicine education as a writer and a contributor to various resources.