Sperm Counts Are Plummeting, and Researchers Think They Know Why 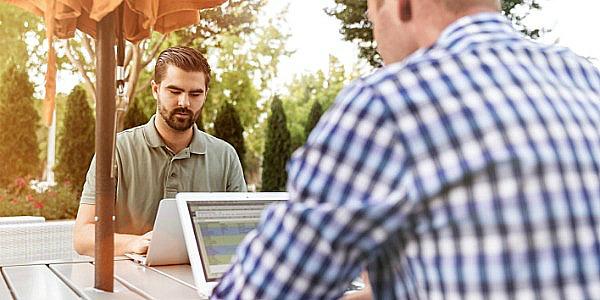 A new study suggests that sperm counts are falling rapidly in developed countries such as North America, Europe, Australia, and New Zealand, and that the steep decline shows no signs of slowing.1 The new research—a meta-analysis that crunched data from over 180 different studies on sperm counts in men from 1973 to 2011—points to a worrying decline in male fertility that may be a warning for all of us.

“Declines in sperm count have implications beyond fertility and reproduction,” the researchers conclude. “Recent studies have shown that poor sperm count is associated with overall morbidity and mortality.”2 This new data, they say, “might be considered as a ‘canary in the coal mine’ for male health across the lifespan” and may be due to influences such as endocrine disruption from chemical exposures. In fact, the study’s lead researcher, epidemiologist Hagai Levine of the Hebrew University of Jerusalem, told BBC News that: “If we will not change the ways that we are living and the environment and the chemicals that we are exposed to…eventually…it may..[lead to] the extinction of the human species.”3

Though that may sound a bit alarmist, there’s no doubt we are exposed to an unprecedented onslaught of chemicals in modern life–more than 80,000 chemicals have been registered for use in the United States, and an estimated 2,000 new ones are introduced annually. These include chemicals in foods and food wrapping, personal care products, prescription drugs, household cleaners, furniture, bedding, clothing, lawn care products and more. Many of these chemicals haven’t been tested for safety by our government.4

An alarming number of these new chemicals can function as endocrine disrupters—disrupting the body’s hormonal balance and harming the developmental, reproductive, neurological, and immune systems in humans and wildlife.5

Secondly, says Vom Saal, our entire biology is responsive to “phenomenally small amounts of hormones in terms of our behavior, our core physiology, our neuroendocrine system, and our ability to metabolize drugs.”7 We are exquisitely sensitive to estrogens, and today our environment is full of chemicals that can stimulate our estrogen receptors. Vom Saal studied extraordinarily low doses of the notorious bisphenol A— an industrial chemical that has been used to make certain plastics and resins since the 1960s. The doses he studied were 2,500 times lower than other doses previously studied–between 2 and 20 micrograms per kilogram of body weight. He found these low doses still scrambled the male reproductive system in mice.8 That’s concerning, because in 2004 the U.S. Centers for Disease Control (CDC) found traces of BPA in nearly all of the urine samples it collected.9 Similarly, a 2010 Canadian study found BPA in the urine of 91% of the population.10

BPA and its new relative, BPS, along with other endocrine disrupters such as phthalates used to soften plastics, perfluorooctanoic acid (PFOA) used in Teflon and brominated flame retardants, leach into food and water from containers and cookware, or soak through our skin from store receipts and furniture or enter our lungs in household dust.11,12,13 Correlations exist between the concentrations of perfluorinated carbons in household dust and the percentage of carpeting in the house.14 And most Americans spend more than 90 percent of their time indoors—at home, school, work, and in cars, exposed to dust full of shed chemicals.15
These chemicals are not only widespread in the environment, they persist, and are not easily removed or decomposed, leading to the common references of persistent organic pollutants (POPs). PFOA, for instance, does not easily break down in the environment; the human half-life is estimated at about 3 years.16 PFOA has specifically been found to harm the testicles in animal studies.17

Heavy metals can also be endocrine disruptors. Twenty different metals in the environment, including lead, cadmium, mercury, and arsenic are thought to affect male reproductive health.18,19,20 Arsenic, which is found in everything from chickens to rice to drinking water,21 is a well-known endocrine disruptor.22 One animal study tested the effects on male rabbits of exposure to drinking water containing arsenic, chromium, lead, benzene, chloroform, phenol and trichloroethylene. Everything from mating desire and ability to sperm quality and testosterone secretion were affected.23

Lead is a reproductive toxicant, and exposure to inorganic lead is detrimental to human semen quality.24 Male lead concentration significantly reduces the odds of conception in couples.25 Lead moves throughout ecosystems, with atmospheric lead being deposited in vegetation, and in the ground and water.26 According to the CDC, lead exposure can affect nearly every system in the body, and yet it often occurs with no obvious symptoms and goes unrecognized.27 Lead present in household dust can come from old paint or surrounding soil.28 Mercury, too, is a widespread contaminant in the environment. Atmospheric deposition is the primary source of mercury globally, and once in the atmosphere, mercury can circulate for years.29 Seafood and dental amalgams are other primary sources of mercury that many are exposed to.

In general, levels of contaminants and potential toxins allowed in the USA are higher than in Europe, Australia, and Canada. Fracking is increasingly common in the USA, and chemicals found in water near fracked gas sites may affect reproductive health. More than 15 million Americans live within one mile of hydraulic fracturing sites, and a review of over a hundred studies concluded these activities have potential for environmental release of a complex mixture of endocrine disrupting chemicals.30

Many of the endocrine disruptors that affect male fertility are actual estrogen mimics. There is a saying in estrogen biology, according to Dr. Vom Saal, which is this: “The estrogen receptor never met a phenol that it did not like.”7 Phenols are aromatic organic compounds that are joined in chains to synthesize polycarbonates, nylon, detergents, herbicides and numerous pharmaceutical medicines. The estrogen receptor has an affinity for a component of phenols. According to University of Missouri cell biologist and endocrinologist Wade Welshons, “99.9 percent of what turn out to be chemical estrogens have a phenolic hydroxyl group on the molecule, and any of those can bind to the estrogen receptor.”31 Welshons adds that: “Almost everything that binds to the estrogen receptor turns it on in some way.”

With all this potential for toxic exposure around us, what are we to do? One of the things we are beginning to recognize, at least where conception is concerned, is that having a healthy lifestyle, minimizing toxin exposures, and supporting the body to detoxify from these exposures is necessary far prior to the actual fusing of a sperm and an egg. Many people may not realize that it takes sperm about 2-3 months to develop and mature – if the toxicities are not removed or minimized prior to this, each of these sperm will be nesting and developing in a toxic bath with high levels of oxidative stress leading to DNA damage and impaired spermatogenesis.32 Although antioxidants are one means to improve male fertility,33,34 they are not adequate to overcome the potential damage that chemicals and heavy metals can wreak on the whole body including the reproductive system, and a comprehensive detoxification system is necessary. 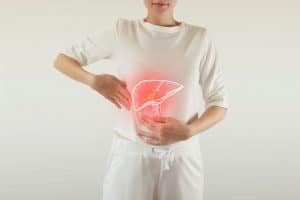