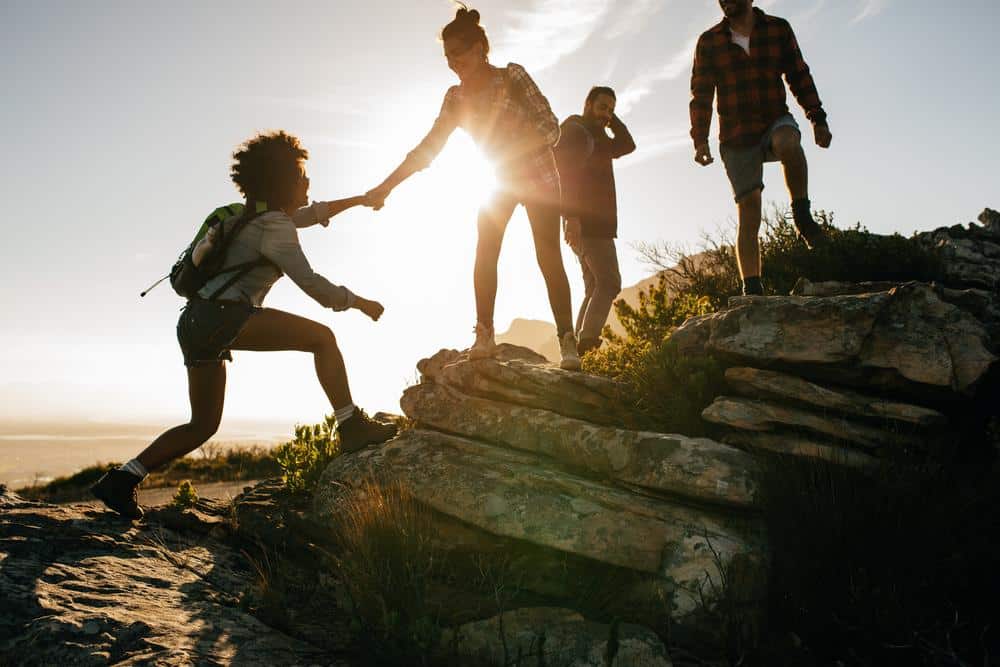 Look to Your Liver, Your Gut, and Glutathione When Detox is Tough

The rites of detoxification are many, varied and ancient. Romans gathered daily to immerse themselves in hot thermal baths and then cold rooms, and Finns similarly crafted saunas using piles of burning hot rocks—and then jumped into the snow. That startling combination of hot and cold therapy is well-known to naturopaths as a potent detoxifier, demonstrated to increase general well being, improve exercise tolerance, reduce pain levels, increase deep circulation, and generally tonify and detoxify the body.[1]

Fasting is another age-old method of detoxification, recommended in ancient Persian scriptures as well as on sacred days in Judaism, Christianity and Islam. Native Americans used sweat lodges and herbal concoctions to cleanse, while Ayurveda relies on a five-step detoxification called a “panchakarma” cleanse which includes herbs as well as medicinal enemas. Other popular methods include juice fasts (a mainstay of the famous Gerson therapy), skin-brushing, lymphatic massage, bouncing on a rebounder, massage, vigorous exercise, enemas, infrared saunas, chelation therapy and numerous herbal programs.

No matter the approach, detoxification regimes are meant to encourage the body to release harmful compounds through sweat, urine and stool. And there is much to detoxify these days. There has been “a strong upward trend in just the sheer volume of chemicals being produced” today, according to Richard Denison, Senior Scientist at the Environmental Defense Fund. We now have catalogued around 84,000 chemicals in the environment[2], and the average newborn has almost 300 toxins in his or her umbilical cord blood. Though our body has many sophisticated systems in place to neutralize, bind and excrete toxins, today’s load is excessive and our protective systems can be overwhelmed. Supporting our body’s detoxification and elimination ability is critical to good health.

And yet, detoxification is often so challenging that people put off a regimen, or stop soon after they’ve begun. Many individuals feel worse before they feel better. Symptoms can include exhaustion, irritability, achiness, flulike symptoms, diarrhea, rashes, sweats, chills, crying jags, insomnia, and more. This has been called a “healing crisis”, Herxheimer reaction, or herxing. It is thought to be inevitable, as if the toxins were taking their last revenge on their way out, inflaming the lymphatic system, liver, kidneys and gut.

Detox Doesn’t Have to Be So Tough

Does detox always have to feel like retox? Not necessarily so. A new framework and approach to detoxification offers a different approach. Instead of viewing toxins as inherently and forever damaging, we can think instead about our toxic load and about what might block our detox ability. This varies by individual, and by species. For instance, we regard excess radiation from nuclear accidents such as the 1986 Chernobyl nuclear explosion as deadly. Today a vast exclusion zone still remains in place. But in 2007, researchers at the Albert Einstein College of Medicine of Yeshiva University found fungi inside the disabled reactor that could ‘eat’ the radiation and thrive. These black fungi were rich in the pigment melanin, which was able to capture the radiation and help the fungi use it as energy to rapidly grow.[3]

Similarly, the heavy metal cadmium is known to be highly toxic, but new research suggests that is because it induces oxidative stress. Antioxidants such as glutathione can help ‘detoxify’ it.[4] In fact, low level exposure to cadmium seems to help certain plant cells evolve resistance over successive generations.[5]  And, astonishing as this may sound, we all have cells in our gut that are intrinsically toxin resistant, because they contain ‘pumps’ that just push toxins out, including foreign chemicals and drugs. To these cells, toxins are merely compounds to be immediately flushed out.

In that light, it is necessary to focus on improving our defenses and our own ability to eliminate toxins. In order to do that, we need to know what blocks detoxification and what encourages detoxification.

Our guts are a complex ecosystem in which as many as 500 bacterial species live and thrive.[6]  During digestion, they help synthesize important vitamins, send signals to the immune system to help regulate it, and even make peptides that support healthy mood and cognition. “Without gut bacteria, we wouldn’t be anything,” Michael Snyder, PhD and director of Stanford University’s Center for Genomics and Personalized Medicine, told Web MD. “They are a critical part of us and essential to our health.”

Our gut flora, when balanced, help prevent harmful bacteria from rapidly growing. However, when our gut flora is out of balance, harmful gram-negative bacteria multiply and can predominate. They release ‘endotoxin’, which can increase intestinal permeability.[7],[8]

Endotoxin leads to inflammation, and inflammation increases oxidative stress, which depletes our most potent internal antioxidant, glutathione. Without sufficient glutathione, toxins are not efficiently neutralized and transported out of cells.[9],[10]  Endotoxin, and the cascade of inflammatory chemicals it triggers, also inhibits important liver enzymes that detoxify harmful compounds.[11],[12] Endotoxin increases the damage that mercury can do to kidneys.[13] Finally, endotoxin dramatically reduces bile flow, and bile flow is very important for detoxification.[14] Clearly, imbalances in gut flora can block detoxification.

How do you know if your gut flora is out of balance? Some common signs are: flatulence, irritable bowel syndrome, bloating, discomfort after eating, fatigue after eating, halitosis (bad breath), food sensitivities and allergies. In addition, moodiness following meals can reflect chronic gut dysbiosis. That’s because most of your feel-good neurotransmitter, serotonin, is manufactured in the gut. About half of your dopamine is also made in the gut. Dopamine is tightly linked with your internal ‘reward’ system. Food, sex, exercise, falling in love, winning a prize, all cause dopamine to release. However, with dysbiosis, endotoxin and leaky gut, levels of these feel-good neurotransmitters will not be optimal.[15]

Bile has been called liquid gold—because it is so important to so many functions in the body. Bile helps us digest fat by emulsifying it. Bile acids are antibacterial. Bile helps regulate inflammation, thyroid hormone, and cholesterol.[16],[17] Bile salts promote normal gastrointestinal motility. Bile also helps move toxins out of the liver and into the gut, where they can be safely excreted.

Diminished and slow bile flow can block our ability to detox, disrupting many enzymes and transporters the liver needs in order to function optimally.  There will also be decreased liver synthesis of glutathione.[18],[19] The liver cell itself will be less able to transport toxins out into the bile. Instead, toxins and toxin conjugates may actually back up into the blood. This can be a primary cause of herxheimer and detox reactions.

How do you know if your bile flow is slow and diminished, slow or too thick and not flowing freely? Some symptoms include constipation, acid reflux, gallbladder stones, headaches, fatigue, light-colored and foul-smelling, greasy stool, dry skin, hair loss, and an achy feeling in the liver area. Even hypothyroidism in women can be linked to low bile flow, since bile breaks down the fat that is used to make thyroid hormone. For a complete list, go to this excellent First By Women explanation.

Signs That Your Glutathione Levels Are Low and Impairing Detox

There are more than 142,000 peer review articles about glutathione on the “pubmed” database. Nicknamed the “mother” of all antioxidants, a master detoxifier, it is the quintessential defense against toxins. The glutathione supersystem also includes the specialized enzymes and proteins that that assist glutathione in its universal mission to bind toxins of all kinds. These enzymes and transport proteins move toxins that are bound to glutathione from the blood into the liver, GI tract and kidneys for safe excretion. Unfortunately, glutathione can become chronically depleted in settings of high toxicity.[20] Glutathione support is thus a cornerstone of detoxification protocols.

In addition, support of our own master antioxidant switch, Nrf2, is essential in order to support glutathione. If Nrf2 is dysregulated, glutathione synthesis can be impaired.[21]

Glutathione deficiency is present in most illnesses—from autoimmune diseases to arthritis, asthma, and even Alzheimer’s disease.[22],[23] Signs your glutathione is low include respiratory issues such as asthma, chronic bronchitis, and excess mucus. The fluid in the lining of your lungs has 140 times more glutathione than your blood. Any chronic lung condition leads to oxidative stress that will deplete glutathione.[24],[25] Other signs include impaired immunity, with lowered resistance to infection, since glutathione is critical for the production of key immune system molecules and for the function of killer cells.[26] Chronic inflammation, present in many autoimmune conditions, will deplete glutathione.[27]

Next Up: How to Unblock Your Detox Pathways For A Gentle, Effective Cleanse

Beyond A Colon Cleanse: Bitters and Binders for Optimal Gut Health

[3]Casadevall A et al. Ionizing Radiation: how fungi cope, adapt, and exploit with the help of melanin