EDTA and Metal Chelation: Can a Liposomal Format Really Deliver? 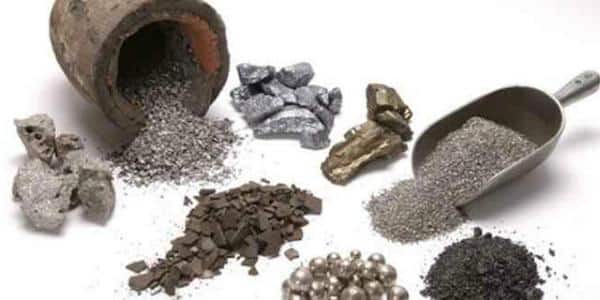 EDTA and Metal Chelation: Can a Liposomal Format Really Deliver?

Chelation therapy, that is, the removal of toxic metals from the body with an agent known as a chelator, is an important mainstay in toxicology and environmental medicine, both fields which deal with the impact of toxic heavy metals on the human body. Chelating agents are compounds, both organic and inorganic, which strongly bind to metal ions, and remove the metal from the body where it is causing damage. Chelating substances are not only used in medicine, but widely used in water treatment and agriculture as well.

The word chelate is derived from the Greek word chele, which refers to the claws of a crab. Ideally, the affinity of the chelator for the substance it is intended to capture is very high, and it will not form bonds with other biological cations such as calcium, which are readily available in the body fluids. The ability of the chelator to achieve the desired outcome is affected by both pH and its ability to transport into cells or tissues where the toxic metal predominantly resides. Additionally, the compound formed by the chelator and the toxic metal should be stable, and less toxic than the heavy metal, so that additional damage is not incurred as it exits from the body.1

Ethylenediamine-tetraacetic acid (EDTA) was introduced to medicine after World War II, when lead poisoning was observed in many navy personnel who had been exposed when painting ships with lead-based paints. Historically, EDTA has been used for the treatment of childhood lead poisoning as well as cardiovascular disease, and more recently it has been the topic of increasing investigation for neurodegenerative disease.2,3 EDTA has the highest stability constant when complexed with nickel, lead, cadmium, zinc, and cobalt, followed closely by iron and manganese, and a progressively declining stability with calcium, magnesium, and other metals. EDTA also has evidence of forming chelation complexes with aluminum and arsenic.4,5,6,7

Stability is not the only factor which influences the substances which leave the body bound to EDTA. As metals like calcium and zinc are abundant in biological fluids and tissues, they may be bound and removed by EDTA, unless a metal with a higher stability constant is encountered. Thus, supplemental intake of minerals, particularly zinc, is important during therapy. Supplemental intake of the trace elements copper and manganese also is important as these metals can additionally be depleted.8 In addition to maintaining tissue zinc levels, simultaneous zinc administration during EDTA chelation therapy also has been observed to increase urinary lead excretion.9

Traditional (non-liposomal) oral EDTA preparations have low bioavailability, with approximately 5% absorbed in the gastrointestinal tract. It is minimally delivered intracellularly, even with intravenous delivery, and rapidly excreted from the kidneys, having a half-life of 1.4 to 3 hours.10Although many still use EDTA as a challenge agent to assess the body burden of lead, this diagnostic use is potentially harmful as high challenge dosages can lead to the body redistribution of lead to the brain.11 Dose-dependent reversible damage to the renal proximal tubules has also been observed with EDTA. However, at typical treatment dosages, repeated for a period of time, EDTA has been shown to reduce lead content of the kidneys and blood, and in some studies the brain.12,13Additionally, chelation therapy for the removal of lead has been shown to attenuate the progression of chronic, progressive, renal insufficiency.14

Without the ability to transport into the tissues and cells where biological processes take place and compounds such as EDTA interact with metals, therapies are ineffective. Because liposomal delivery systems have a high oral bioavailability, prolonged systemic circulation, and allow for intracellular delivery, they are ideal for the delivery of EDTA. And, studies have demonstrated just that, showing greater tissue uptake and retention of liposomal EDTA as compared to the non-liposomal form.15 Additionally, the gradual release of EDTA from the liposomes lowers toxicity and enables increased effectiveness of toxic metal removal.16 Liposomal size is of importance however, as only very small liposomes have high levels of absorption intraorally.17 Smaller liposomes are also far more efficient at intracellular delivery.

Lipoic acid is an antioxidant with broad action in the human body, and is the topic of study for many neurodegenerative conditions or other pathologies associated with chronic oxidative stress. This includes peripheral neuropathy, diabetes, hepatitis, obesity, heavy metal toxicity, Alzheimer’s and Parkinson’s disease, migraines, multiple sclerosis, and more.18,19 Lipoic acid is converted to its reduced form, dihydrolipoic acid (DHLA), by enzymes within the mitochondria and cytosol. As an oxidant couple, lipoic acid and DHLA have both lipophilic and hydrophilic properties.20 Both the reduced and oxidized forms have the capability of acting as an antioxidant, and together are able to reduce a multitude of free radical species.21 Collectively this duo is able to scavenge reactive oxygen species, regenerate endogenous antioxidants, and repair oxidative damage.22

The lipoic acid-DHLA duo has been studied and shown to have action as a chelator of metals in vitro and in vivo,forming complexes with metals including copper, cadmium, lead, and mercury.23 Because lipoic acid is able to cross the blood brain barrier, its action as a chelator may benefit conditions affecting the central nervous system as well.24 Not only does lipoic acid support the removal of toxic heavy metals, because it simultaneously supports antioxidant levels, it helps to mitigate the cellular damage these metals may cause.25 Other stronger chelators such as EDTA are thus well supported by the addition of lipoic acid for reducing metal burden while maintaining antioxidant balance during chelation therapy.