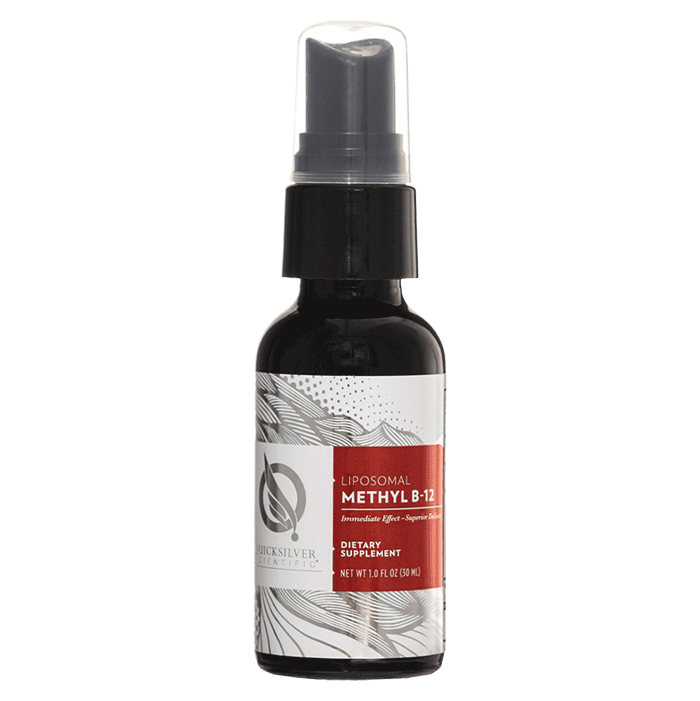 Vitamin B12 is a highly versatile, water-soluble nutrient that plays a critical role in mood, energy, memory, cognition, cardiovascular function, neurological function, digestion, and hormonal balance. It is vital to a well-functioning and healthy body, and is necessary for DNA synthesis and red blood cell production.1 B12 is so precious to the body that, according to Northeastern University professor of pharmacology Richard Deth, “If you eat a piece of rib eye steak, the B12 released from the proteins is instantly bound right there in the GI tract and chaperoned as if in a football handoff to be carried to cells, transported inside and then processed into the two active forms of the vitamin.”2

And yet vitamin B12 deficiency is a global problem.3 The National Institute of Health’s (NIH) Dietary Office estimates that up to 15 percent of people in the U.S. are deficient in vitamin B12.4Other studies put the number even higher—suggesting that as much as 39 percent of the population may suffer from a vitamin B12 deficiency.5 In addition, some researchers contend that the current norms for vitamin B12 levels are too low.6

Vegans and vegetarians are at risk of vitamin B12 deficiency because animal protein, including dairy products, eggs, meat, fish, poultry and organ meats, offers the most absorbable form of vitamin B12. Plant foods do not naturally contain vitamin B12 unless they are synthetically fortified. The elderly are also at risk, because as we age we often have more difficulty absorbing B12 and other nutrients from food due to hypochlorhydria and diminished pancreatic enzyme secretion.7,8,9 Smokers are at risk (since nicotine can block absorption), as are alcoholics, and individuals with digestive disorders like celiac or Crohn’s disease.10,11,12 In addition, those of us with genetic variations that inhibit our ability to transform vitamin B12 into its highly active form, methylcobalamin, can be functionally deficient.13

It is that active form, methylcobalamin (or methyl B12), that supports one of the most fundamental biological processes in our body– methylation. Methylation seems incredibly simple—in essence, it means that a ‘methyl group’, formed by a single carbon with three hydrogen atoms, has been added to a substance. Methyl B12 is one substance which is able to provide these crucial methyl groups. But in the simplicity of methylation lies its profundity, for nature talks to itself through methylation, and many biochemical pathways are critically dependent on recycling and activating substances via the process of methylation. The simple act of methylation regulates gene expression,14 protein function, and even RNA metabolism.15 It is important for the processes of detoxification, as the methylation of a fat-soluble toxin helps change it to a water-soluble form that can be more easily processed and excreted.16

There are 150-200 enzymes involved in the processes of methylation in the body, and each enzyme can methylate multiple targets. 17 You might picture methylation as an intricate spider web within each cell, a web that has many critical joints and attachments giving it structural integrity, with connections in every direction. The process of methylation is like this – critical for the function of our cellular biochemistry at many points along the pathway, each somehow connected. If a path or a joint is disrupted, there often are alternate routes, but they are less efficient in getting things done.

Methyl B12 in part works its magic by donating an all-important methyl group to a molecule called homocysteine, which then turns into methionine, an essential amino acid. When your levels of methyl B12 are too low, homocysteine can build up. High homocysteine levels have been linked to an increased risk of cardiovascular disease, as well as Alzheimer’s disease. And low levels of methyl B12 have been linked to everything from peripheral neuropathy to autism and mercury toxicity.18,19,20

Enhancing the body’s level of B12 can be achieved by a liposomal delivery system, which improves the bioavailability of vitamin B12, provided as methylcobalamin. Small liposomal vesicles are absorbed intraorally, circumventing issues with gastrointestinal absorption that may exist for other oral, including sublingual, B12 supplements. Studies have shown no significant difference between absorption of oral or sublingual B12, however, the absorption of liposomal B12 has been demonstrated to have faster absorption and lead to higher plasma levels (see figure).21 The phospholipids that form the liposomes delivering methyl B12 nourish the membranes of the cells, ensuring proper function for the absorption of nutrients, the excretion of cellular waste products and toxins, and cellular communication.

20 T Kasuya M. The effect of methylcobalamin on the toxicity of methylmercury and mercuric chloride on nervous tissue in culture. Toxicol Lett. 1980 Nov;7(1):87-93. View Abstract